BOOK AT THE BEST PRICE

El Campello is one of the most beautiful corners in the region. It's the perfect holiday destination. Take a walk along its wonderful beach promenade and enjoy the nightlife and wide variety of restaurants where you can try the local cuisine. We would also like to suggest some places and activities of interest to ensure your stay at El Campello is really special! 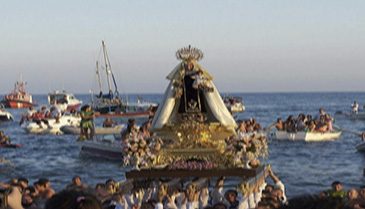 From July 10 to July 19 you can enjoy the holidays just steps from the Hotel. Download program 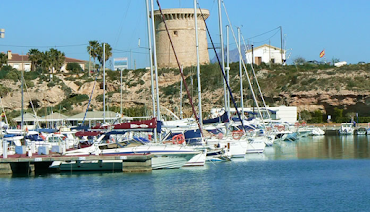 Dominating the marina, this tower was constructed between 1554 and 1557 to warn the town of Berber pirate attacks that constantly threatened our lands. These pirates caused great damage to the lands and struck fear into the population.

The Viceroy of Valencia, Don Bernardino de Cárdenas, Duke of Maqueda, ordered the construction of a system of watchtowers. He equipped each one with four men: two on foot and two on horseback.

The moment a pirate ship was spotted, the men on horseback would ride quickly to notify the nearby authorities of immediate danger, while the men who remained at the tower were charged with alerting the other watch towers, using smoke signals during the day and fire signals at night, of the approaching invader. 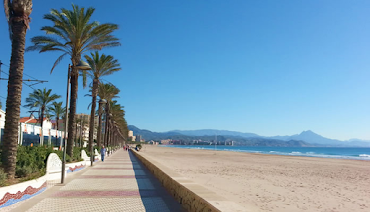 Muchavista Beach's promenade stretches for a distance of more than 3000 m, following the Avenida Jaume I before reaching Avenida San Juan de Alicante. This is a pleasant walk in a modern setting.

Along this promenade, in addition to kilometres of fine sand and warm waters, you will find a good number of "chiringuitos" (beach bars) that offer a lively atmosphere, especially in summer.

You'll also be able to enjoy an Alicante rice dish, or "a banda", accompanied by the region's rich, white wines, by the sea. 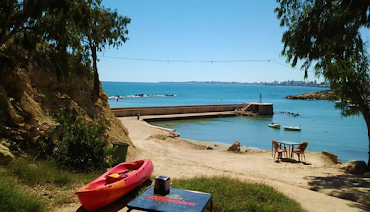 El Campello has a long coastline of beaches and coves that range from large in size with golden sand (like Muchavista Beach, which borders the popular San Juan Beach) to rocky coves, such as Coveta Fumà, or sandy coves like Venta La Nuza.

The town is nestled between the Puntes de Gosalves, Xixí and Lloma de Reixes mountain ranges. The latter area is of significant ecological importance due to the large number of regional species that live there and the practically non-existent human urbanisation intervention which characterises the rest of the region.

It's worth noting that this area is protected by the General Urbanisation Management Plan and is in the process of achieving status as a protected natural space. 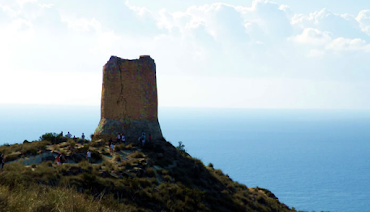 Like La Illeta Tower, this tower was built in the second half of the 16th century as a part of the watchtower scheme undertaken along the Valencian coast to prevent Berber pirate attacks.

El Barranc d'Aigües Tower is located in a protected area of stunning beauty. The zone was the border between the kingdoms of Castile and Aragon up until 1296 when King James II of Spain annexed these territories, along with the Kingdom of Valencia, to the Aragonese crown. 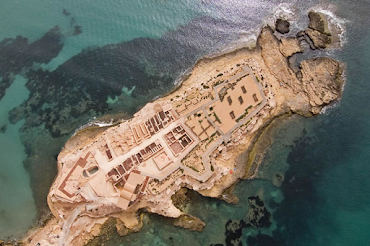 Situated on a small peninsula at the foot of the watchtower, this archaeological site is, without doubt, one of the most important in the Mediterranean.

The site became separated from the coast after an earthquake on an unknown date. In the 1930s, it was once again connected to land, although this time artificially.

First excavations of the site were undertaken by F. Figueras Pacheco between 1931 and 1935. The work was then continued in the 70s by E. A. Llobregat.

These works resulted in the confirmation of the existence of distant civilisations and cultures in this area, with the Roman, Iberian and Bronze Age being the most important eras. Therefore, this is a site that dates back more than 5000 years. 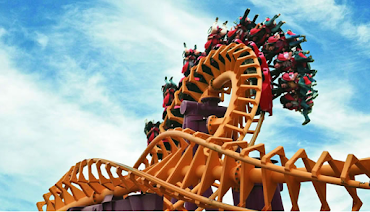 You'll find a wide range of theme parks that will delight adults and children just a few minutes' drive away from the establishment. 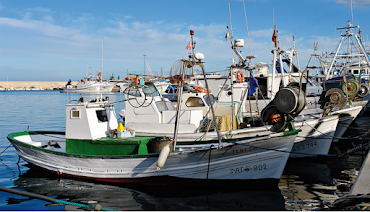 The port has two different sections:

The marina, which is dedicated to recreational sailing, has magnificent, new facilities and over 400 berths. El Campello Sailing Club is the owner of these facilities, as assigned by the Generalitat Valenciana. By visiting the marina, you'll be able to take in panoramic views of our setting.

The fishing port is used for professional fishing activities. It has 30 berths for boats that fall into this category. Among its facilities you will find the fish market where, from Monday to Friday, an auction and direct sales of fresh fish to the public are held. This is one of the region's unique activities which attracts a multitude of buyers and visitors. 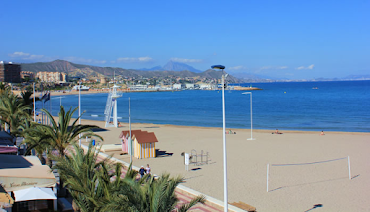 The beach promenade (Paseo Marítimo) is located in the area known as the fishing district. This promenade was opened in 1964 and, after various remodelling works and extensions, it now stretches almost a kilometre and a half along the coast. This makes it a great place for a walk at any time of day, on any day of the year.

The hospitality and commercial infrastructure along this promenade enables you to sample the wonderful cuisine local to El Campello. That's why this is a very popular attraction in the town.

Spaces designed for you

We offer everything you need for a great stay

A peek at our hotel

Discover our facilities and rooms

BOOK AT THE BEST PRICE